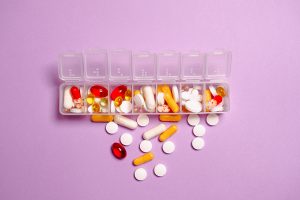 To fight against obesity and to reduce weight, people are advocating various ways to achieve it. Fighting against obesity is essential as it involves considerable risk, making us prone to many deadly diseases. Some of those fatal ailments include type II diabetes, hypertension, coronary artery disease, different types of cancer, etc… So, one can understand why weight loss finds a prominent place. People claim that consuming weight-loss pills helps us in the battle. But do they stand up to their claim? Let us look further to know its efficacy in reducing weight.

What are Weight Pills?

Weight loss or anti-obesity pills are chemical agents aimed at reducing weight, thus fighting against obesity. These pills work by modifying the body’s metabolism, and appetite, inhibiting some body functions, either lowering fat absorption or increasing fat burn. The ingredients in the pills may also decrease the urge to eat. Weight-loss pills and diet supplements are all aimed at achieving one of the above-said factors to reduce weight.

How do they work?

There is no single method to group functioning of drugs. For instance, Orlistat blocks pancreatic lipase, and the fat gets disposed of by the excreta system without getting deposited anywhere. Whereas few other pills like lorcaserin lower appetite. The fat absorption reducers like chitosan claim to get tie-up with the fat, thus preventing the absorption of fat.  There are other dietary supplements and herbal supplements, extracted from plants or fruits, to help in weight loss.

Do they help in Weight-Loss?

Let us first take about weight pills. Only a few weight-loss pills get approved by the FDA (Food and Drug Administration). The reason is most of the medicines produce a minimal effect with few very clinical trials to prove its efficacy. Almost all the clinical trials have been done by combining pills with diets as well. The result couldn’t justify if weight-loss pills alone could bring the desired effect. Another reason for very minimal approval of drugs by all regulatory bodies is the potential of adverse side effects.

For instance, Meridia (or Reductil) was once in wide circulation all over the world. But it was withdrawn as the FDA recommended not to use it, citing many risk factors outweighing the claimed benefits. Few drugs approved by the FDA include Qsymia, Xenical (or Alli), and Belviq. These pills could produce non-fatal temporary side effects when consumed as prescribed by the experts. These were the only few pills, that created an impact on weight loss when compared with others. But side effects include headache, nausea, diarrhea, vomiting, etc. The clinical trials done on these drugs were for long-term use only.

Dietary supplements do not require acceptance from the FDA for circulating it in the market. Though it contains herb extract, minerals, vitamins, and amino acids, FDA recommends the use of these after getting suggestions from healthcare experts. It is because of side-effects which may induce. However, many questions its application since the efficacy of the extracts used needs clinical trials for its claim.

Should we use it or not?

The primary thing that everyone must understand is that weight-loss pills are not the right solution for obesity. The fight against weight loss will be effective only when it gets combined with regular exercise and a proper diet. Considering the side effects even in FDA-approved drugs, it is best to consume these pills after consulting with an expert. It is because these pills may interfere with other medications consumed by us. So, getting a green signal from your doctor becomes crucial before using it. 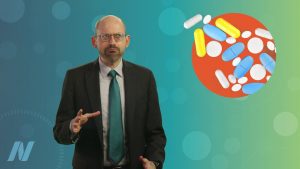 According to Dr. Michael Greger, “Despite the myriad menu of FDA-approved medications for weight loss, they’ve only been prescribed for about 1 in 50 obese patients. We worship medical magic bullets in this country. What gives?
One of the reasons anti-obesity drugs are so highly stigmatized is that historically
they’ve been anything but magical, and the bullets have been blanks or worse.
Most weight-loss drugs to date that were initially approved as safe have since been pulled from the market for unforeseen side effects that turned them into a public threat.

As you may remember, it all started with DNP, a pesticide with a promise to safely melt away fat, but instead melted away people’s eyesight. It was actually one of the things that led to the passage of the landmark Food, Drug, and Cosmetic Act in 1938. Thanks to the internet, though, DNP has made a comeback with predictably lethal results. Then came the amphetamines. Currently, more than half a million Americans may be addicted to amphetamines like crystal meth, but the original amphetamine epidemic was generated by drug companies and doctors.

By the 1960s, drug companies were churning out about 80,000 kilos a year, which is nearly enough for a weekly dose for every man, woman, and child in the United States. Billions of doses a year were prescribed for weight loss.

Weight loss clinics were raking in huge profits. A dispensing diet doctor could buy a 100,000 amphetamine tablets for less than $100 and turn around and sell them
to patients for $12,000.

advertising budgets, frequently the most costly ingredient in the price of a pill, have, pill by pill, led, coaxed, and seduced post-World War II generations into the ‘freaked-out’ drug culture.”

I’ll leave drawing the Big Pharma parallels to the current opioid crisis as an exercise for the viewer. Aminorex was a widely-prescribed appetite suppressant

before it was pulled for causing lung damage.

Eighteen million Americans were on fen-phen before it was pulled from the market for causing severe damage to heart valves. Meridia was pulled for heart attacks and strokes; Acomplia for psychiatric side-effects, including suicide, and the list goes on. The fen-phen debacle resulted in some of the largest litigation pay-outs

in the industry’s history, but it’s all baked into the formula.
If you read the journal PharmacoEconomics—and who doesn’t—sure, a new weight-loss drug may injure and kill so many that “expected litigation cost” could exceed $80 million.

But Big Pharma consultants estimate if successful, the drug could bring in over $100 million, so do the math.”