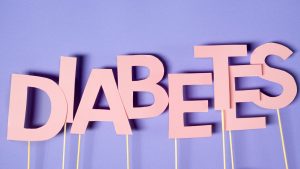 Type II Diabetes has become a major chronic disease being prevalent all around the world. An estimated 473 million people have been found affected by this diabetes, with the numbers increasing every year. National health survey of Australian states found a staggering one million people living with diabetes, as of 2017-18. One must be aware of how type II diabetes occurs not to just prevent ourselves from being affected by it but also to find a solution to reverse the state.

Reason for this chronic condition:

Generally, the food which we consume is ultimately broken down into glucose and supplied to all cells and organs of the body as this is the important energy source. Insulin is the hormone created by the pancreas which is responsible for controlling the glucose level in the blood. During excess glucose level, it converts glucose to glycogen and stores it for future use. When additional energy is required for the body, it undoes its former action, thus ensuring the organs receive enough energy for their functioning. Insufficient production of insulin or when the body resists the insulin function, it leads to the formation of type II diabetes.

Despite tremendous advancement in the medical world, proper cure through medication has not been yet discovered. What seems to be difficult to achieve in the modern medicine world was achieved in a study during the second world war era by following a simple, inexpensive technique. It is nothing but fasting and a proper diet. The study by done Dr. John McEachen and others at their fasting institute was astonishing as they found that most of the patients under study were able to reverse their state and recovered from type II diabetes. Further research made by others helped the world to understand how fasting helped in reversing the state.

The body starts developing resistance to the three main appetite suppression hormones when we are overnourished. Fasting helps to reset the hormone receptor thereby restoring the lost sensitivity by the body towards insulin. Excess Visceral fat leads to the development of inflammatory cytokines which is directly behind the reason for type II diabetes occur. It is only during prolonged fasting, the visceral fat gets reduced, and as a result production of adiponectin comes to normal, thereby reducing inflammation and under the production of insulin. Since organ compression gets minimized due to loss of visceral fat, the performance of the liver and pancreas improves significantly.

Many researchers agree to a common point, fasting is an evolutionary process through which the body repair processes get stimulated thereby inducing self-healing to the body. Over time, due to a more improved lifestyle, we did not get a chance to induce this natural ability of our body. The latest study, the one done by Newcastle University found that a low-calorie diet had been effective in reversing the state. The time has now arrived to follow a proper diet and systematic fasting to reverse type II diabetes and live a normal life.